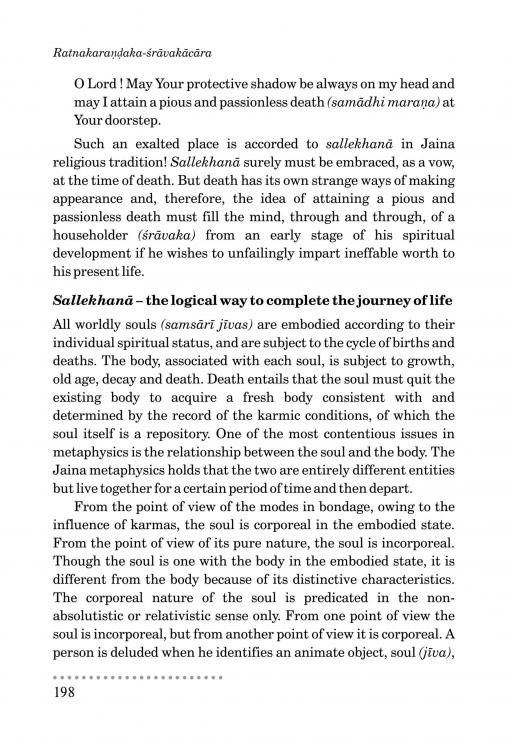 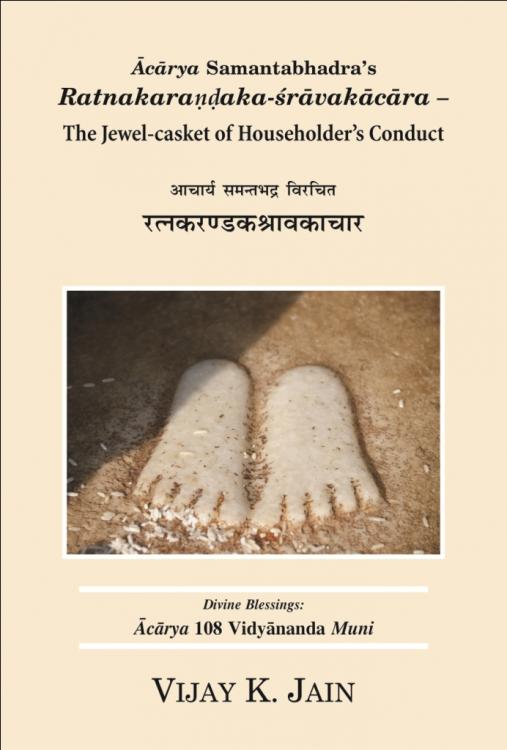 Ācārya Samantabhadra’s Ratnakarandaka-śrāvakācāra – Ratnakaranda, in short – comprising 150 verses, is a celebrated and perhaps the earliest Digambara work dealing with the excellent path of dharma that every householder (śrāvaka) must follow. All his efforts should be directed towards the acquisition and safekeeping of the Three Jewels (ratnatraya), comprising right faith (samyagdarśana), right knowledge (samyagjñāna) and right conduct (samyakcāritra), which lead to releasing him from worldly sufferings and establishing him in the state of supreme happiness. The treatise expounds an easy-to-understand meaning of ‘right faith’: To have belief, as per the Reality, in the sect-founder or deity (āpta or deva), the scripture (āgama or śāstra), and the preceptor (guru). It specifies criteria to distinguish between the real and the counterfeit enabling one to eliminate follies attributable to wrong faith. Only the householder who has right faith establishes himself on the path to liberation. Right faith is the treasure chest of whatever is propitious and worthy; wrong faith of whatever is inauspicious and contemptible. After laying the foundation called the right faith, Ācārya Samantabhadra goes on to complete the superstructure known as the Three Jewels (ratnatraya) with the remaining two elements, right knowledge and right conduct. The householder who has attained right faith on the destruction of darkness of delusion is fit to attain right knowledge and right conduct. He gets rid of the conduits of demerit (pāpa) comprising injury, falsehood, stealing, unchastity, and attachment to possessions. Further, he observes three subsidiary vows (guņavrata), and four instructional vows (śikşāvrata). Giving up of the body in a manner that upholds righteousness (dharma) on the occurrence of a calamity, famine, senescence, or disease, from which there is no escape, is called the vow of sallekhanā. Sallekhanā has been termed as the final fruit or culmination of penance (religious austerity) and, therefore, all persons with right faith, the ascetic as well as the householder, look forward to attaining voluntary, passionless death at the appropriate time. The treatise finally describes the eleven stages (pratimā) of the householder’s conduct.

Having had his schooling from Mhow and Bhopal in Madhya Pradesh, Vijay K. Jain (b. 1951) did his graduation in Electronics Engineering from Institute of Technology, Banaras Hindu University, and Post-Graduation in Management from Indian Institute of Management, Ahmedabad.

Mr. Jain had been associated, as a visiting faculty teaching marketing management and entrepreneurship, with several institutions including National Institute for Entrepreneurship and Small Business Development (NIESBUD), Indira Gandhi National Open University (IGNOU), and University of Roorkee (now IIT Roorkee). He is an Ex-President of Dehradun Management Association.

He has written/edited several books:

Mr. Jain is the proprietor of Vikalp Printers, a high-end printing and publishing firm, based in Dehradun, India. 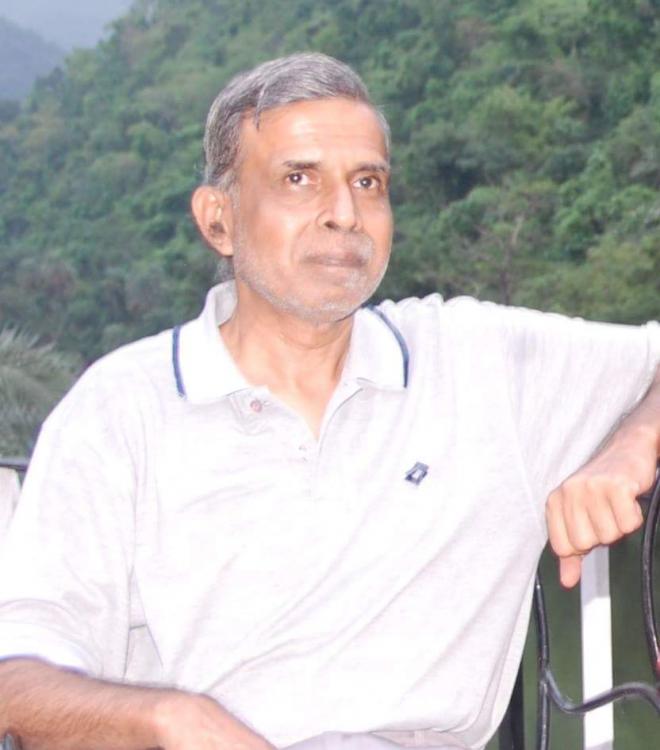 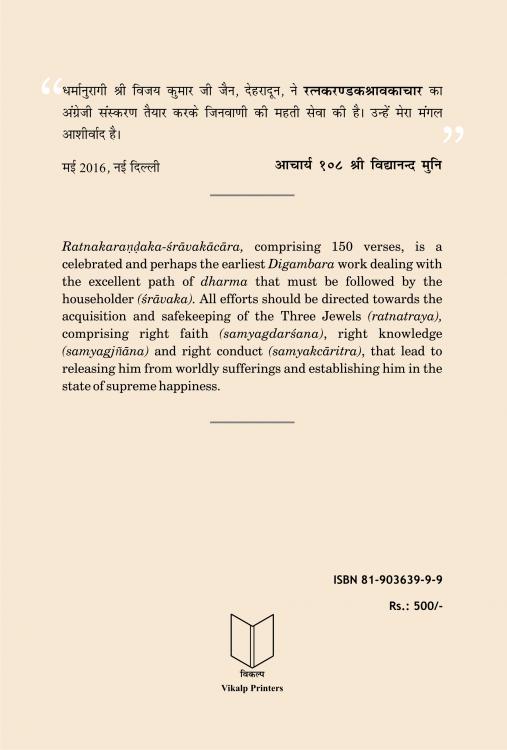